So I finally graduated in June with a Fine Art Degree and received a First Class honours classification, and I feel that all the hard work has paid off.

I will be adding the work that was presented in the Degree show exhibition, including all the paintings, the prints, the miniature canvas part of an installation on the floor and a short film. So far the paintings and prints can all be found in the “Work” section of the website.

Here are also some more photos of the exhibition. 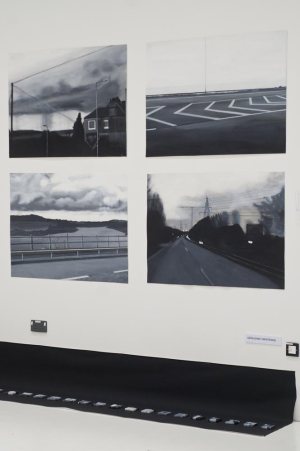 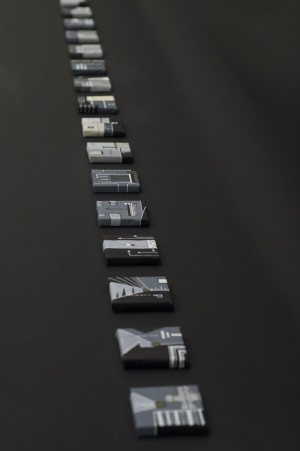 I have been working for the last few weeks to prepare for the degree show. There were prints to mount, glass to replace in the frames, working on the last painting and battling with the hot weather that started to play tricks on the wet paper, which meant more paper to stretch for it to be ready for the big day.

We had three days to prepare the exhibition and take decisions, and, despite some last minute changes and the weather being even hotter, we made it.

The exhibition opened on 25 May. I think we were all relieved that the hard work was over.

About my work in the exhibition

For the past four years, my work has focused on mental illness, and more specifically schizophrenia, after the loss of somebody very close to me who suffered from it. The heart of the work attempts to describe the negative symptoms of the illness:

“Negative symptoms of schizophrenia are so called because they describe thoughts or behaviour that the person used to have before they became ill but now no longer have or have to a lesser extent and so have been lost or taken away from their psyche. It describes normal aspects of the person’s behaviour that they no longer have. Negative symptoms can include lethargy and apathy. […]
Anhedonia (one of eight negative symptoms):
This describes an inability to experience pleasure. People with schizophrenia who experience this often describe life as being grey or empty, devoid of the normal emotional ups and downs that we all take for granted. Others have described it as feeling empty or hollow.” (1)

I chose to represent this particular aspect of the condition by portraying images of cold, still, deserted and atmospheric landscapes, mainly in black and white. Some of the images were taken by the ill person, others by myself, and I interpreted this material through the media of painting, printing and photography. My practice expresses my thoughts, intuition, experience and research into the subject and is a representation of what lives within and is never seen.
Young Minds, Mind and Rethink Mental Illness are the three main organisations I have worked with in the past. Their work has been a great resource and inspiration, adding to my personal knowledge of the subject.
Much of the pictorial material in my recent work is drawn from photographs, and in this way takes inspiration from the works of the painters Peter Doig, especially his 1990s work at the time of Swamped, when his work was at its most eerie and gloomy; Gerhard Richter, for his landscapes made in the late 1960s and the 15 pictures that formed the Baader-Meinhoff project in 1988; and Luc Tuymans, for his monochromatic representational scenes (more than his portraits), often inspired by photographs and films. On a conceptual level, Mary Kelly’s work Post-Partum (1973-79), which is about femininity and motherhood, recording the progress of her child, was a great inspiration to my own work.

The exhibition remains open 11 am to 5 pm until Saturday 3 June.

I am approaching the end of my part-time Fine Art degree at Bangor University and preparing for the degree show at the White Box in Pontio, Bangor. There is a private view at 6 pm on Thursday 25 May, and the exhibition is then open 11 am to 5 pm until Saturday 3 June. Anyone in the area, please do come! 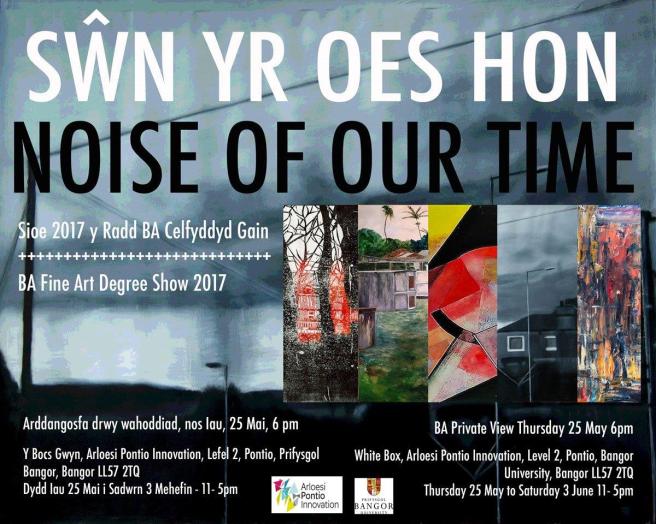